The Monastery of Atros is dedicated to the Birth of Virgin Mary and is the oldest monastery of Cephalonia and a historical listed monument (Greek Government Gazette 1123/Issue B/29-8-2001). It celebrates every year on September 7 and on this day, many pilgrims flock there with piety, since the feast day is an important one in the area of Pronnoi, and the celebration of which is deep-rooted in the historical and religious tradition of the area.

The most characteristic building of the Monastery is the medieval defensive tower, a typical element of monastic architecture. The construction of the tower was imperative due to the pirate raids, numerous during the Middle Ages. Of the other buildings of the monastery the Catholicon (Main church) stands out, in which the miraculous icon of Virgin Mary is kept.  The architectonic style is that of the single-nave basilica. In the apse of the High Altar, survive wall hagiographies paintings of byzantine style, a fact that implies that all the whole of the Catholicon was painted. The monastery suffered many damages and desolations during the 1636, 1766, 1867, but mostly during the 1953 earthquakes. Other important buildings of the monastery include the Abbot’s house and the cellars. The Abbot’s house was built east of the Catholicon and served as the Abbot’s house and as a quest-house (archodariki). These buildings were destroyed during the 1953 earthquakes. In the south of the Holy Monastery, we can see the guesthouse with a sign with the year of its foundation (1906), when Abbot of the Monastery was Saint Clemes Fokas. The monastic cells are of course an important part of the compound, situated at the right of the guesthouse, in the west side, where the central entrance of the monastery is also situated. In the yard, we can see two older buildings, the stable and the bakery.

During the end of the 19th and the beginning of the 20th century in the historic monastery of Atros, Saint Clemes Fokas practiced an ascetic life and vested in spiritual light. He was from Tsakariano (Pyrgi) of Cephalonia and he is a contemporary Saint of the Church of Cephalonia. 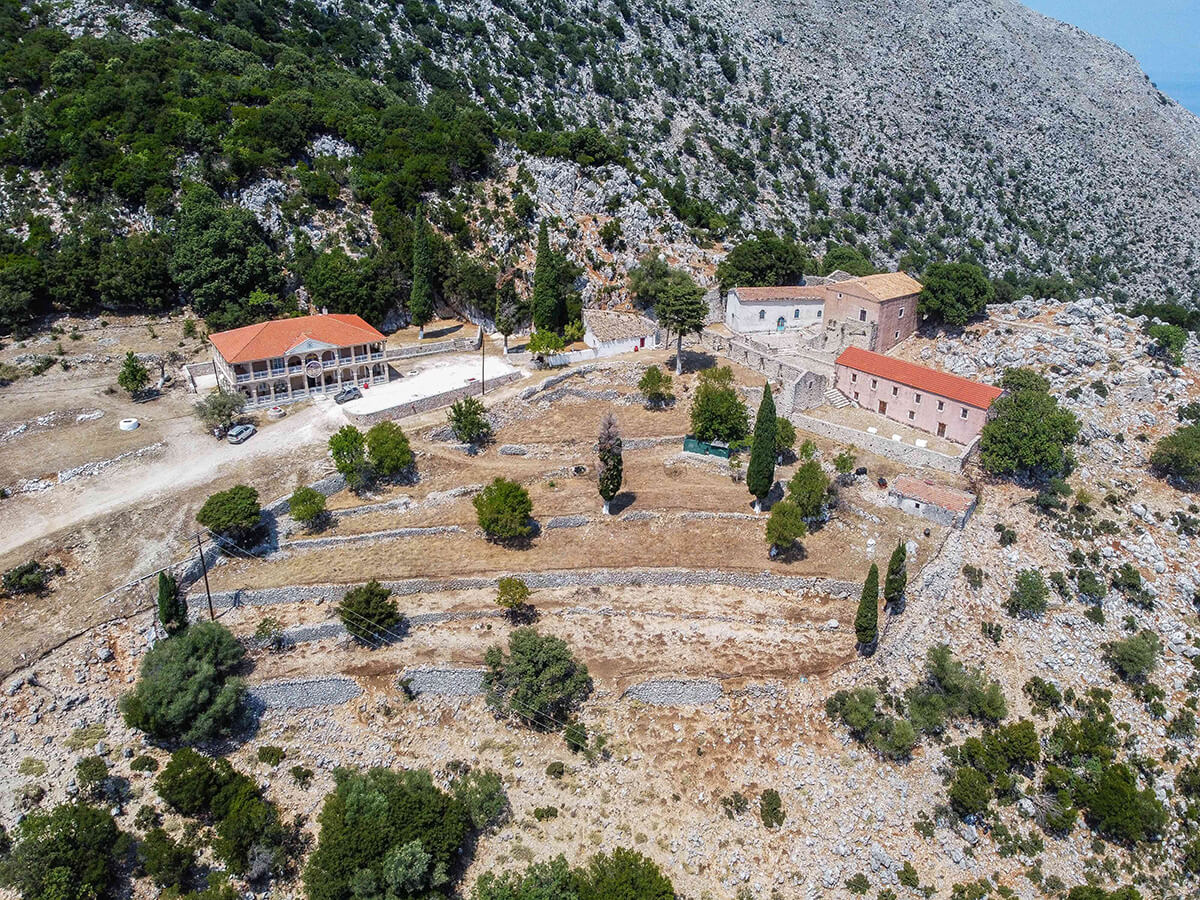 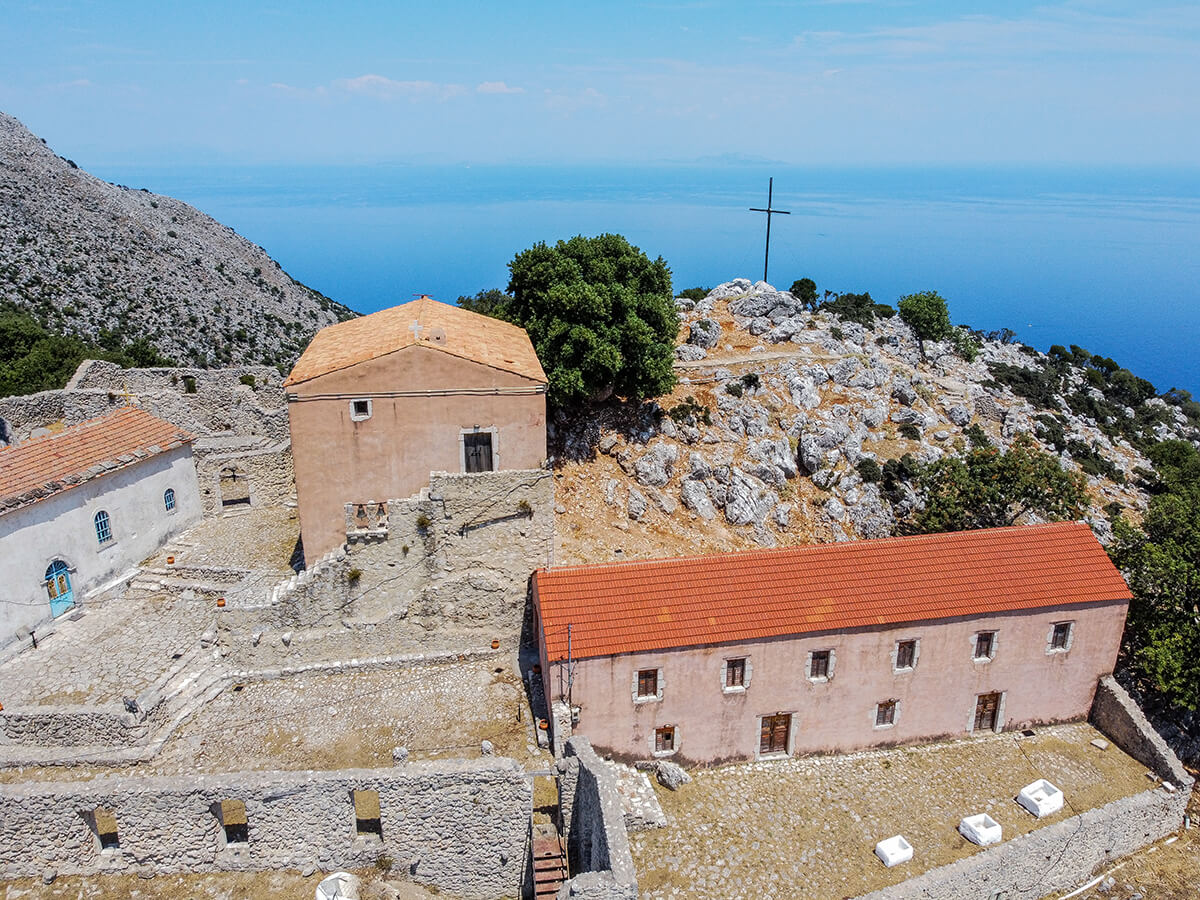