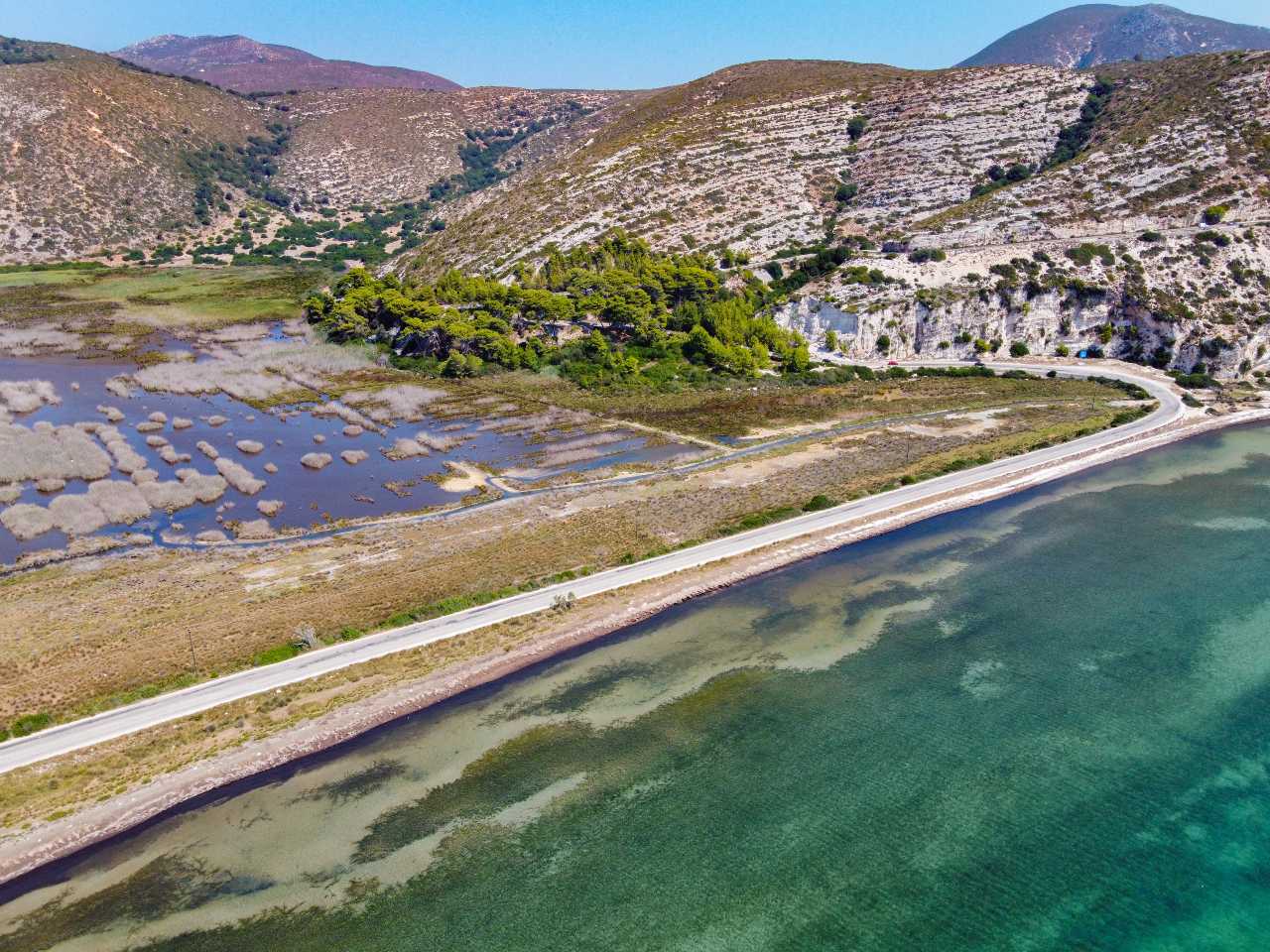 Livadi lagoon is the most important wetland on the island of Kefalonia, covering an area of about 800 acres. It is located in the north western part of the gulf of Argostoli, at the peninsula of Paliki, near the homonymous village and 8 km away from the town of Lixouri. The plain of Livadi is a typical coastal swamp, which is sheltered in a protected environment such as the Gulf of Argostoli, and is a refuge for many rare birds such as the heron and the alkion, as well as for many species of amphibians and fishes (Figure 1).

Livadi Lagoon is also known as "Harbouris’ swamp". The name "Harbouris’ swamp" was given after the efforts of Marinos Harbouris, a Kephalonian engineer in the Russian army of Catherine the Great, who introduced the cultivation of "exotic" for the region species, such as the sugar cane, true indigo and cotton in the marsh, an area granted to him by the Venetian authorities upon his return to the island. Unfortunately, he was murdered under unclear circumstances in 1782 and all that is left of his vision today are some irrigation ditches. Later, in the Livadi farmlands and the quarry located in the southern part of the lagoon, community service was offered by the prisoners of the rural prison that was located in the area and was operating until the middle of the 20th century, while parts of the buildings of the rural prison are still preserved at the point, even though they were significantly destroyed during the 2014 earthquake. Interesting myths of great interest also exist in the area since tradition has Livadi being the place where Odysseus' flocks grazed, while there are more than a few stories for the nearby hill of Skavdolitis, where evil spirits are supposedly lurking for passers-by…

The coastal zone of Livadi is characterized as an extensive lowland area almost flat which is the result of the interaction of land and marine processes . It is located in the gulf of Argostoli which separates the main island in the east from the Paliki Peninsula in the west, which during the Holocene (0.0117 My-present) was a valley with an almost northeast orientation. This valley was the main clade of a large drainage network which was active during the last glacial period and until the Holocene. The wetland of Livadi is a swampy environment (coastal swamp) with a maximum elevation of 2.8 m above sea level, and a depth of a few centimeters. Its maximum depth sometimes reaches 3m. (Figure 2).

A sand barcon fines the wetland from the Gulf of Argostoli, while Poseidonia develops on these coarse sand beach ridges where many birds are gathered. The contact of the swamp with the sea is done through an inlet, which with human intervention-protection remains open and discharges (outflows) the waters of the swamp when it floods.

In the swamp post Alpine orogeny formations of Quaternary (2.58-0.005 My) have been identified, such as alluvium and lateral screes which are lithological formations loose to slightly cemented, such as gravel sands and accumulations of pebbles and boulders originated from the erosion of neighboring rocks

Specifically, in the northern and eastern part of the swamp, Upper Cretaceous (100.5-66 million years) limestones of the of the Pre-Apulia zone have been developed, while in the northwest, Pleistocene sediments (2.58-0.0117 My) have been developed consisting mainly of sandstones and conglomerates (Figure 3).

The supply of the wetland is mainly due to springs located in the perimeter of the swamp and the underground inflow of water, while the outflow occurs due to gravity.